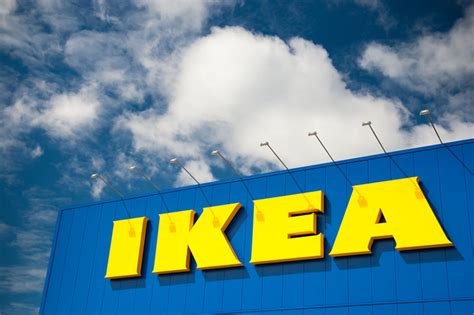 We are at the end of our first stint in Sweden. We’re not sure where four weeks has gone to be honest but when we thought about it we are in the work/life routine of work days being busy and then trying to make the most of our days off when they come around. Speaking of which, we’re feeling pretty Swedish after our first trip to IKEA last week. I’d never been so it was an experience to say the least. It was huge and the floor plan was a maze. You had to go through every section to make it to the end. In true IKEA style we went in for one thing and came out with four.

This past week or so Kate had a few days off so we headed north to the area around Vastervik (https://www.vastervik.com/). It is located beside an archipelago which you can access from its port. With the campervan we were keen to try out the Swedish right to access and park up somewhere remote. To briefly summarise the right of access, people are encouraged to access nature but to use their common sense when doing so. The ‘leave only footprints, take only pictures’ mantra. Apart from foraging for berries and mushrooms – you can take those if you can tolerate the mosquitos long enough to collect a decent amount. Specifically looking at parking up the campervan, as long as you obey local signage and aren’t in view of a property, on farmland or causing an obstruction you’re good to go. Pretty cool, aye!

Beside Vastervik there is the Gronso nature reserve and that was where we decided to park up for the two nights. Lovely spot on a peninsula. We arrived a little later in the evening on the first day so it was straight into cooking dinner and sorting Saoirse out for bed.

We did have a the chance to have a short walk about the place. While it is a nature reserve there are holiday homes along a lot of the shoreline with private piers. These are mostly modest enough buildings with a rowboat. It is strange to see houses and roads in a nature reserve coming from NZ but they seem more managed in the areas that we’ve been to here. It may be different when we go further north and away from the main population centres. An interesting aside is that 85% of Sweden’s population is in its urban centres so it’s very concentrated from Stockholm down.

On our first full day we went to Hasselo (http://hasselo.com/hasseloe/). This is accessed by a one hour ferry from Vastervik. We hired some bikes (retro single speeds were all that were available) and a bike seat for Saoirse and we were off to explore the island.

Pic. Saoirse enjoying the bike ride, but not the helmet. Google pics automatically creates collages and videos which can be a good way of putting pictures together.

Hasselo has a small permanent population and is mainly made up of farms and nature reserve. Plenty of Red wooden buildings with white windows – typical Swedish countryside. The weather was a bit cooler so it was nice biking weather. Halfway we stopped for lunch on the shoreline and for a walk in the nature reserve. Then back to the ferry terminal and ice-cream while Saoirse had a play on the beach (mainly eating sand – it’d be the base of her food pyramid if she had her way).

We drove back to the Granso nature reserve to park up for the night. Saoirse obviously had a big day because she was out for the count when we got there and apart from waking up to get her milk fix, she didn’t surface until the morning. Watching us cycling must be tiring. Maybe that’s the effect of mirror neurons?

The next morning I woke a little early to get a run in. There was a 15km loop (not 12km like the sign says) around Granso that I was keen to check out as the trail had gotten some good reviews. I wasn’t disappointed and managed to spot two elk, a deer and had a standoff with some goats. There were a few peninsulas to run out onto. At 7am I was the only person there. It’s always worth being the early bird. Along the track there are shelters for people to stay the night in. I was keen to check these out and when I cam across the first one I made my way over to it. As I rounded the corner I saw the bike and then the feet sticking out the end of the shelter. I decided a sweaty, hairy Irishman wasn’t the wake up call this cycle tourer was looking for and kept going to check out the next one on the trail. I think the idea of sleeping out in the shelter sounds great but the mosquitoes would take from it for me. I’m the person in a group who gets eaten alive while other people haven’t noticed there are mosquitoes yet. Saoirse has unfortunately inherited it so she had some decent bites as souvenirs from the trip.

The rest of the day was spent checking out the Troll’s forest and a small town called Stensjo By on our way back to Kalmar. The Trolls forest is a track up a hill in a small town called Gambleby. An enthusiastic local has made about 80 sculptures in the forest including a huge wooden sculpture of a Troll welcoming you in.

Stensjo By is an old village that has been preserved and is kept like it was in the 1950’s when it was abandoned by the last farming family who worked the land there. Initially a historical society maintained the buildings but then a family took it over and are working the land and living in the village buildings. It was like a trip back in time.

The rest of the week was spent packing up the van in preparation for our trip back to UK/ Ireland. The highlight for Saoirse and I was paddling at a local beach and being joined in the water by a snake who was taking a shortcut across the bay. Saoirse didn’t know what was going on but there was a group of kids from a local playschool that were screaming and running around. The only snakes here are adders. They’re venomous but not usually deadly. Kate has seen a couple of dogs that have been bitten.

Kate had a loan of a bike from our hosts and had some nice bike rides to/ from work across the Swedish countryside. Having gotten a wee bit lost and traveling twice the distance on her first bike ride, she had a some great rides and great weather.

Duolingo – using it to learn Swedish. Daily lessons and daily reminders. We feel ours is coming along a bit. Long way to go too!

Inspirock.com – enter where you’re going, how long and it provides you with a possible itinerary.

Tripadvisor – an oldie but a goodie.

Group one – We’ve left Sweden after four weeks. This past week we’ve had one trip away for a few nights and have been wild camping in the van. We’re back in the UK/ Ireland to catch up with family for a couple of weeks and then back to Sweden for another four weeks.

2 thoughts on “See you later Sweden”